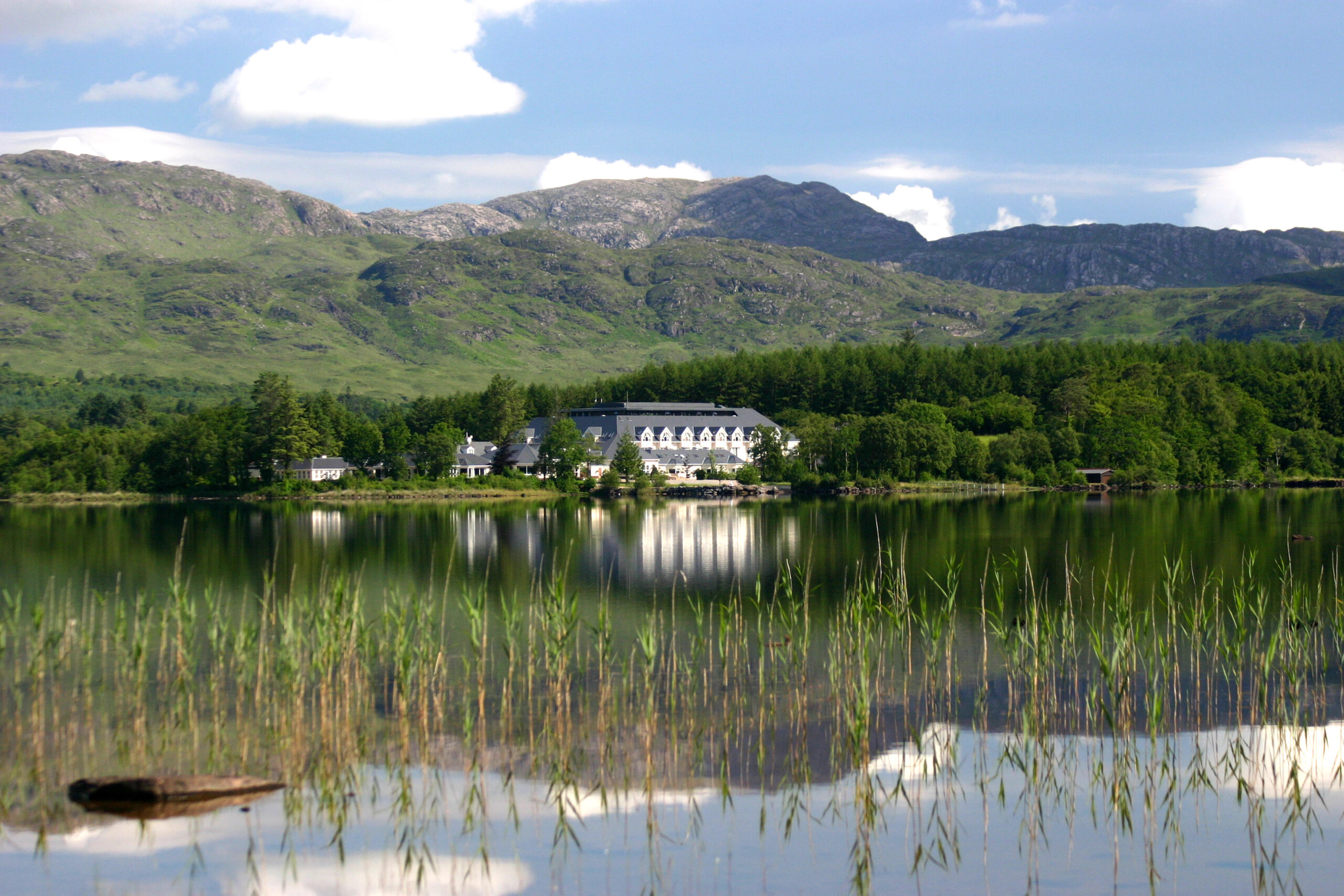 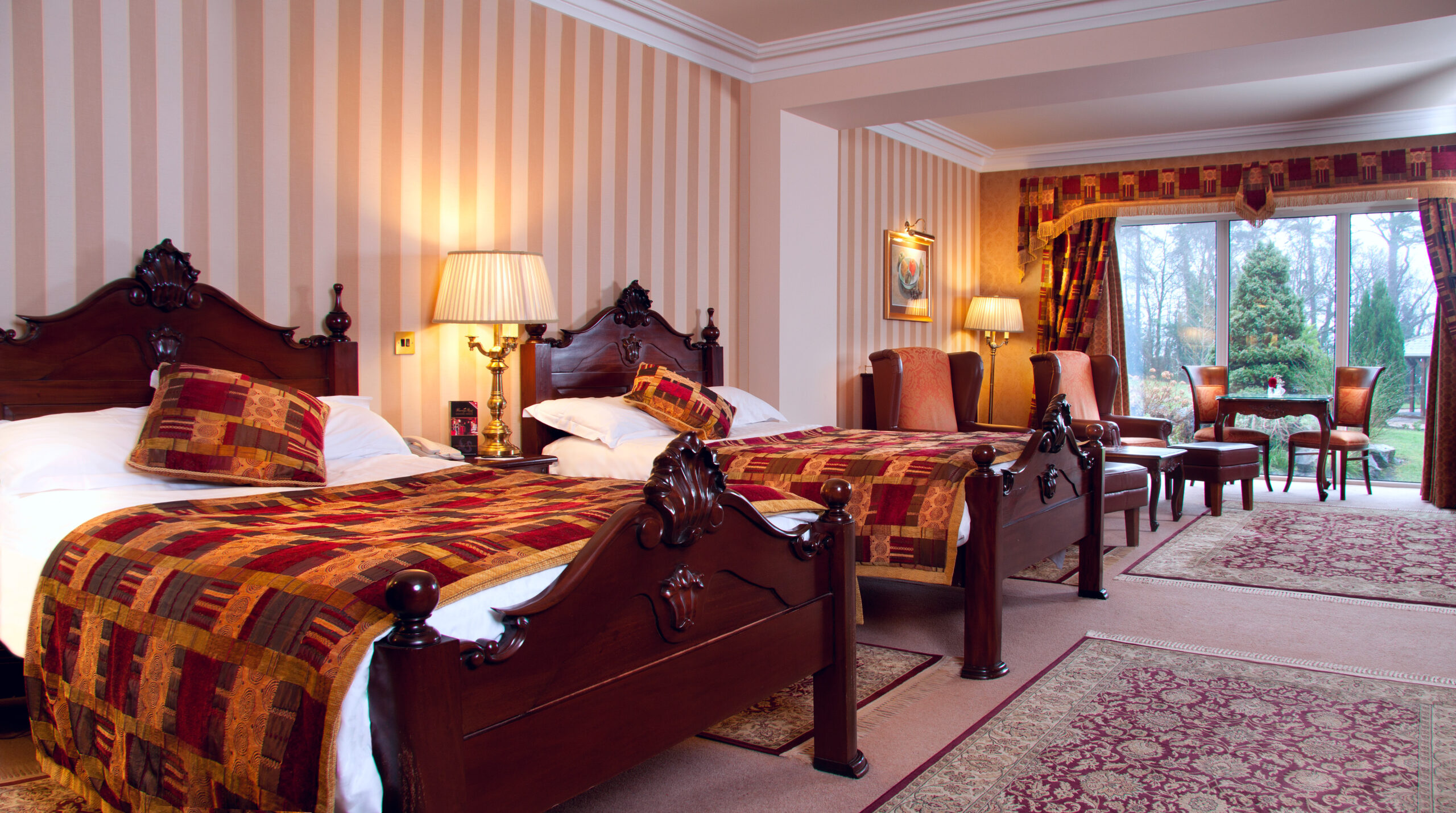 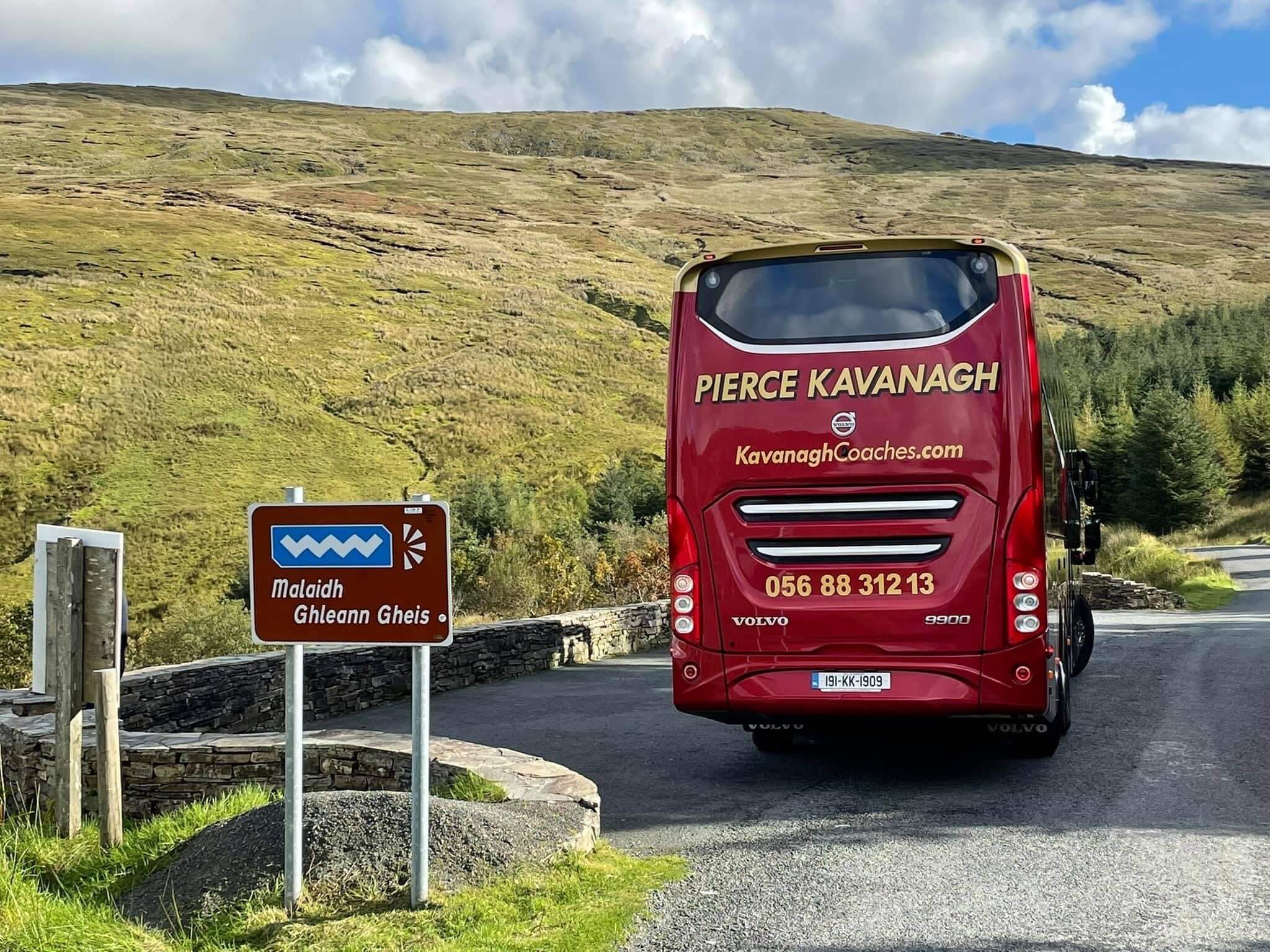 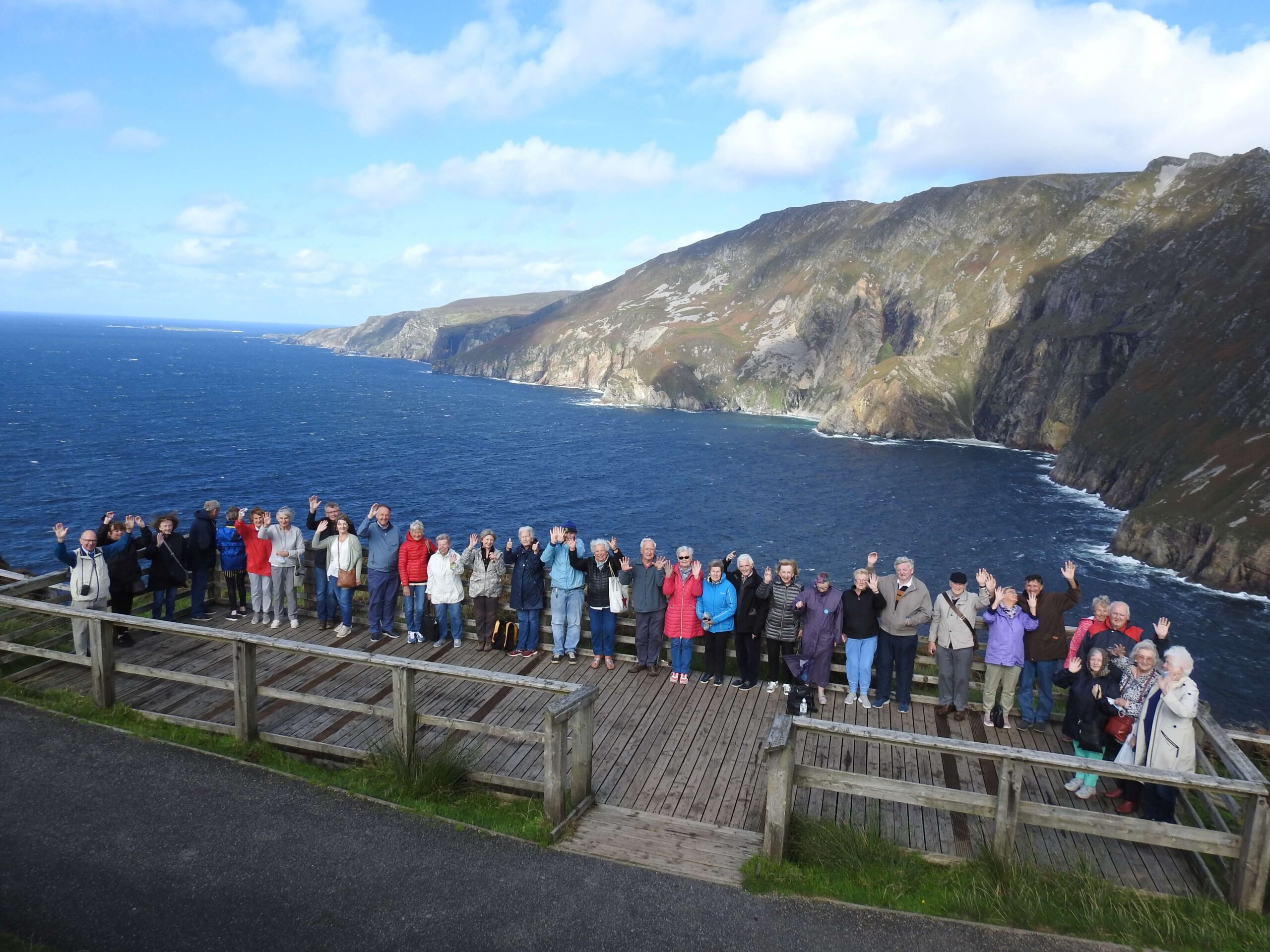 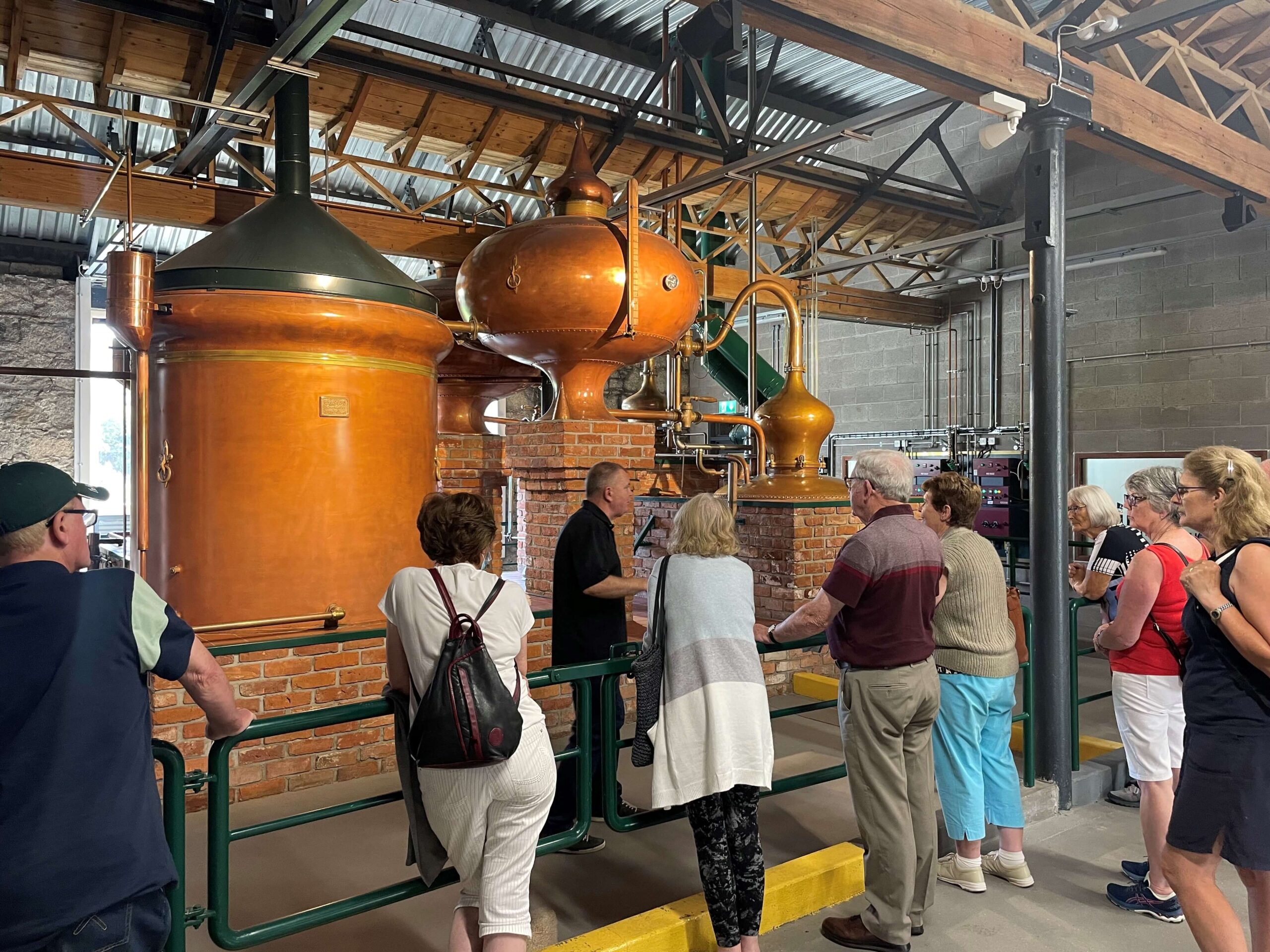 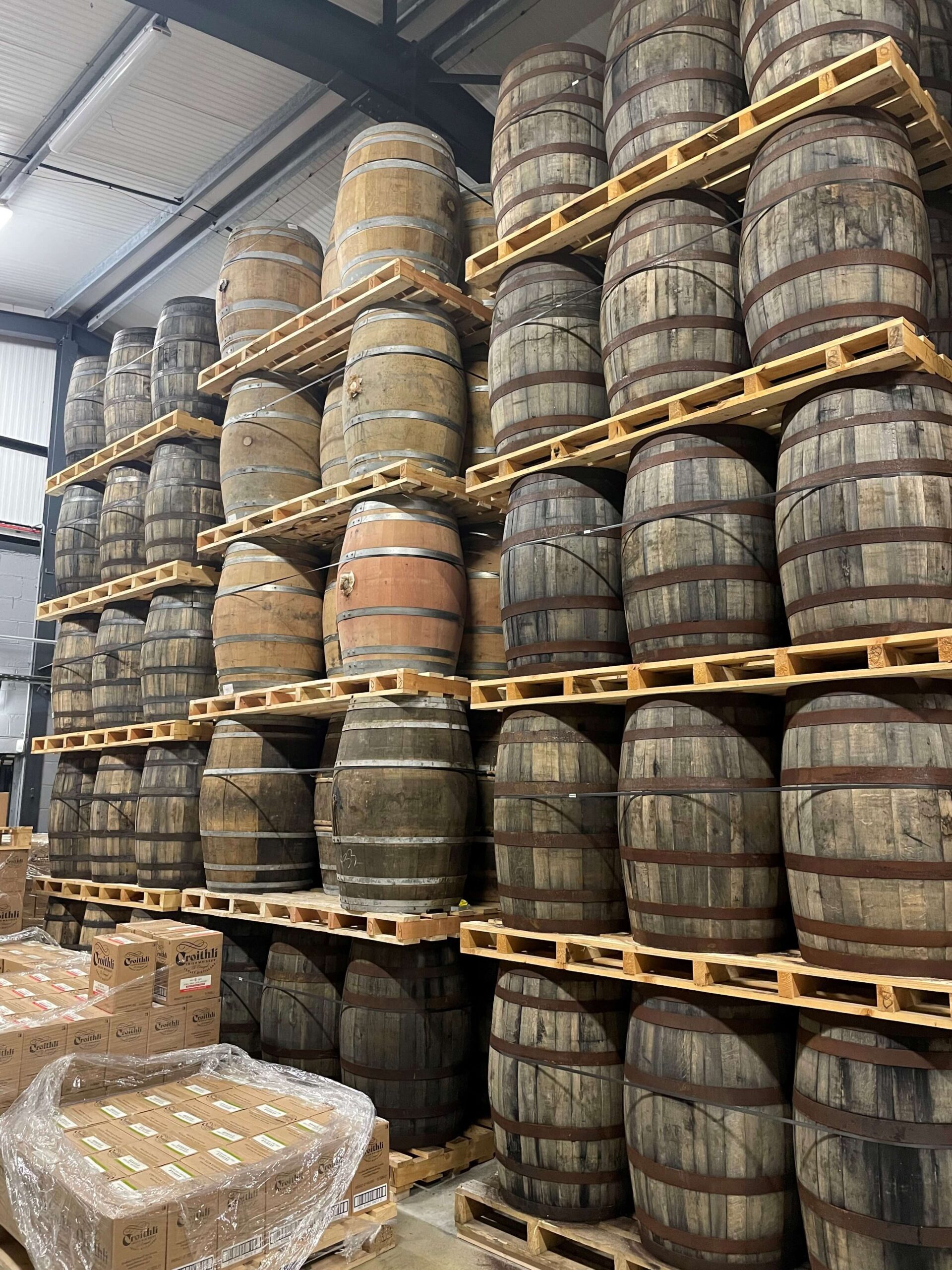 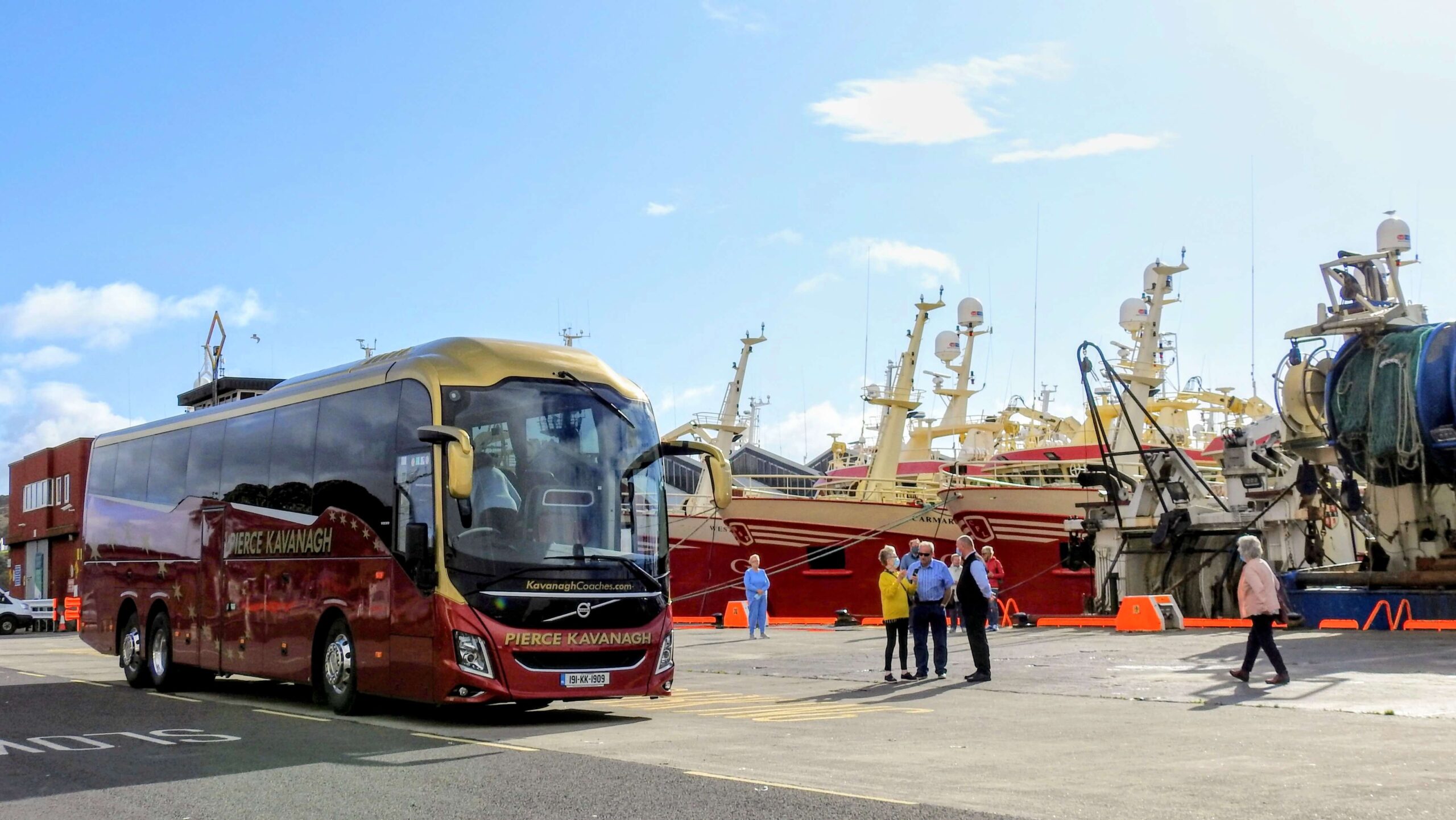 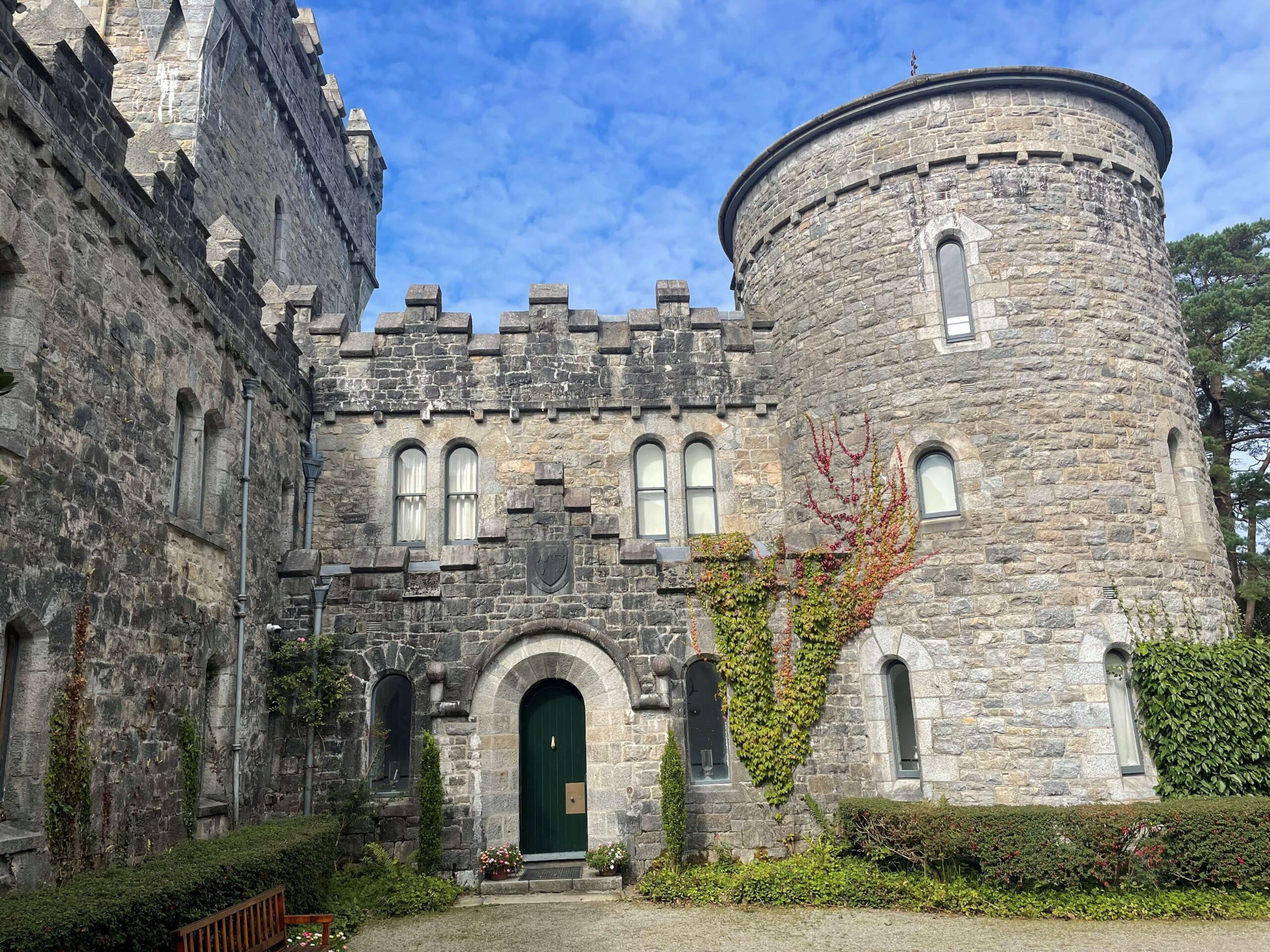 We’ll stop for a light lunch (included) en-route. Our destination is Harvey’s Point, one of the most famous and awarding winning hotels in Ireland, renounced for its hospitality, service and stunningly beautiful location set on the shore of Lough Eske, shadowed by the Bluestock Mountains just outside Donegal Town.

Following a delicious breakfast, that Harvey’s Point in famous for, board the coach for an excursion to South West Donegal and to Killybegs and the Sliabh League Cliffs.

Our first stop this morning is along the pier in Killybegs  a deep water harbour with its shimmering waters and glorious coastline, this area is famous for its maritime culture.  We’ll meet local family The Shines, of the family business ‘Shines of Killybegs’ who have lived and worked in Killybegs for over 40 years. They identified a gap in the market for Irish Albacore tuna and now operate a business selling premium tuna, sardines and mackerel throughout Ireland and the UK.
You’ll learn about the importance of the fishing industry to the local economy and the northwest of Ireland and have a little taste some of their fantastic products. It’s always important to support and buy local so you’ll have the opportunity to purchase some to enjoy at home.

At the centre of the Park right at the edge of Lough Veagh is Glenveagh Castle, a late 19th century castellated mansion, built as a hunting lodge. The castle was built by a wealthy landlord John George Adair. One of his land officers was murdered in 1861 and because the murder remained unsolved, he decided to blame his entire tenants and evicted them all from Derryveagh. Some of them died on the roadside or in the workhouse, he paid for the youth to be shipped to Australia and America and swapped his tenants for Scottish sheep and then built a castle right beside it on the next site. The castle was to be a hunting lodge and somewhere for him to entertain friends. It took 6 years to build but he died not long after completion and it was his wife then who used it as a summer house for hosting rich society friends until 1916. The castle was empty then for several years, had various different owners and was eventually given to the Irish state in 1983 by its American owner. It was opened as a tourist attraction in 1986.  Visitors can currently only admire the castle from the exterior due to ongoing preservation work taking place, but it’s gardens are a delight to visit, located with Lough Veagh, cliffs and mountains as its backdrop, take some time to visit it’s charming courtyards, Walled Garden, Pleasure Grounds and Woodland Gardens.

After our visit to Glenveagh Castle, we head to Gweedore.  Enjoy the spectacular scenery along the way, travelling by The Poisoned Glen which lies at the foot of Mount Errigal, sit back and enjoy the magnificent panoramic views from your luxury coach of mountains, lakes and valleys in the one of Irelands most picturesque drives.
We stop at a lovely local hotel for an included lunch.

The afternoon’s next visit is to the Crolly Distillery, one of Donegal’s newest attractions. Located in Croithlí , Co Donegal, between the wild Atlantic Coast and the majestic Derryveagh mountains including the stunning Errigal, this distillery is a beautifully restored 1902 stone building and houses the first licensed whiskey distillery in Donegal since 1840.  In keeping with local Gaeltacht distilling tradition, they use direct fired pot stills in their double distillation, sourced in the Cognac region and refurbished to produce beautiful spirit in Croithlí.
The building was also the original Crolly Dollies factory which opened in 1939 and manufactured these popular dolls until the 1970’s.

Dinner tonight will be served in Harvey’s Bar & Terrace at 6.30pm.

We’ll arrive back to Dublin in the mid afternoon and continue to other original pick-up locations.